I met William Wolff in the spring of 2009 while working on a photo reportage in Schwerin. He happened to run past me, crossed my path, turned around again and smiled. That smile, its radiance, his way, were special. For me as a photographer, his face held a deep fascination (photographically and artistically he was an absolute highlight). Since we did not know each other, I looked up who this stranger was and then set about understanding today’s Judaism, synagogues and rabbis.  Later, William Wolff agreed to a meeting with me, a photo shoot for a reportage, conversations and further meetings. A special relationship arose from these get-togethers. We then travelled for many years to special Jewish places in Europe and to Israel, and I was allowed to accompany him with my camera.  Over ten years I collected photographic moments, portraits and texts, quotations, monthly letters, sermons and “wise sayings”. At that time I gained a very special story behind the man William Wolff, which was not limited to Judaism alone. It was indeed a journey far into the wondrous world of human existence. Willy Wolff talked about God, where one can seek and find him, about the beauty of God, about hope, confidence, about optimism and always filled with the joy of life. He showed me how human dignity works, whether you are “infant or aged.”

Once an important delegation came to Schwerin; a lot of well-known public figures met in his office to discuss important things. Half the street was cordoned off, a police presence secured the houses, and bodyguards with radios stood around in the corridors. Willy Wolff did not stay in his office, even though he was one of the main persons at the meeting, but talked with these personal protectors in the dark hallway, because no one else looked after them or even noticed them; they were forgotten, so to speak, in the turmoil and confusion of this event. He himself made coffee and brought them the cups where they were standing. The event in the office passed almost completely without Rabbi Wolff.

I remember another encounter in the summer of 2010 on the bus from Auschwitz to Auschwitz-Birkenau. It was inhumanly hot, the bus was overcrowded with people of different nationalities. The mood there was very difficult, melancholy, sad, upsetting and seemingly helpless. Rabbi Wolff stood in the middle of the overcrowded bus and held on to a strap during the driving. He was by far the oldest person on this bus and possibly the only rabbi. People noticed this. Several approached him, offered him their seat. Despite the grief on the bus and the heat, he told people in four different languages that he preferred to stand. He may look old, but his legs are young! With his way of talking he gave people courage and confidence, and, I would say, even strength to continue on this journey, as well as: “We can do this too, we are not alone, we are more than sorrow and hopelessness.” His manner, his tangible actual presence, his distinctly palpable kindness and love were stronger here than any intruding helplessness.

When we two stood in front of the former concentration camp in Ravensbrück in September 2009, we also saw the park right next to it. The rain disappeared, the sun came out and showed all the beauty of this park. He stood there for a long time, saw it and said after a long pause: “What a beautiful place.”

Our family, my husband Udo, Irina from the Jewish community and I, often cooked for him. When I picked him up to bring him to our house, he first asked me how I was doing. I said, “Oh… I’m content.”. He looked at me, thought and said, “That’s good. Because I think contentment is worth much more than happiness. Because, happiness passes quickly, but contentment remains, you have something that lasts longer. Come Manuela, now we’re going to eat a fine meal.”

One of his letters was headlined: “Good morning, good world”! It hangs now on the wall with me. If I read it I think, maybe a bad day can nevertheless be good. He talks about human destiny and our attitude to it, about the fact that we alone have the power to accept it and to choose contentment despite wherever life takes us. We ourselves decide to be satisfied or dissatisfied. He showed me that the world is better than I thought, that the good surpasses the bad. And I actually had the feeling in his presence that it was true! And that we can really rejoice with this kindness. He loved life and people; you could feel that by his side. His language and warmth were also understood by people who were not religious, and sometimes those who did not even understand our language at all, but simply felt and experienced him, just as I did it at the time.

On my wall hangs his handwritten quote: “The world is not perfect.” Yes. But next to it it says: ‘Thank God! The business with God.’ (‘Gott sei Dank! Die Sache mit Gott.’) We cannot explain everything, we cannot understand everything, but we can accept our destiny and move on with optimism and a smile. This is how I cope better on some bad days, because, with his optimism, his joy, his confidence and his friendship, he left us with more than he took with him through his death.

Willy Wolff became a friend and part of our family. When he sat on our cozy couch in the living room, it reminded him of his childhood and his parents’ house in Berlin. That’s what he said. 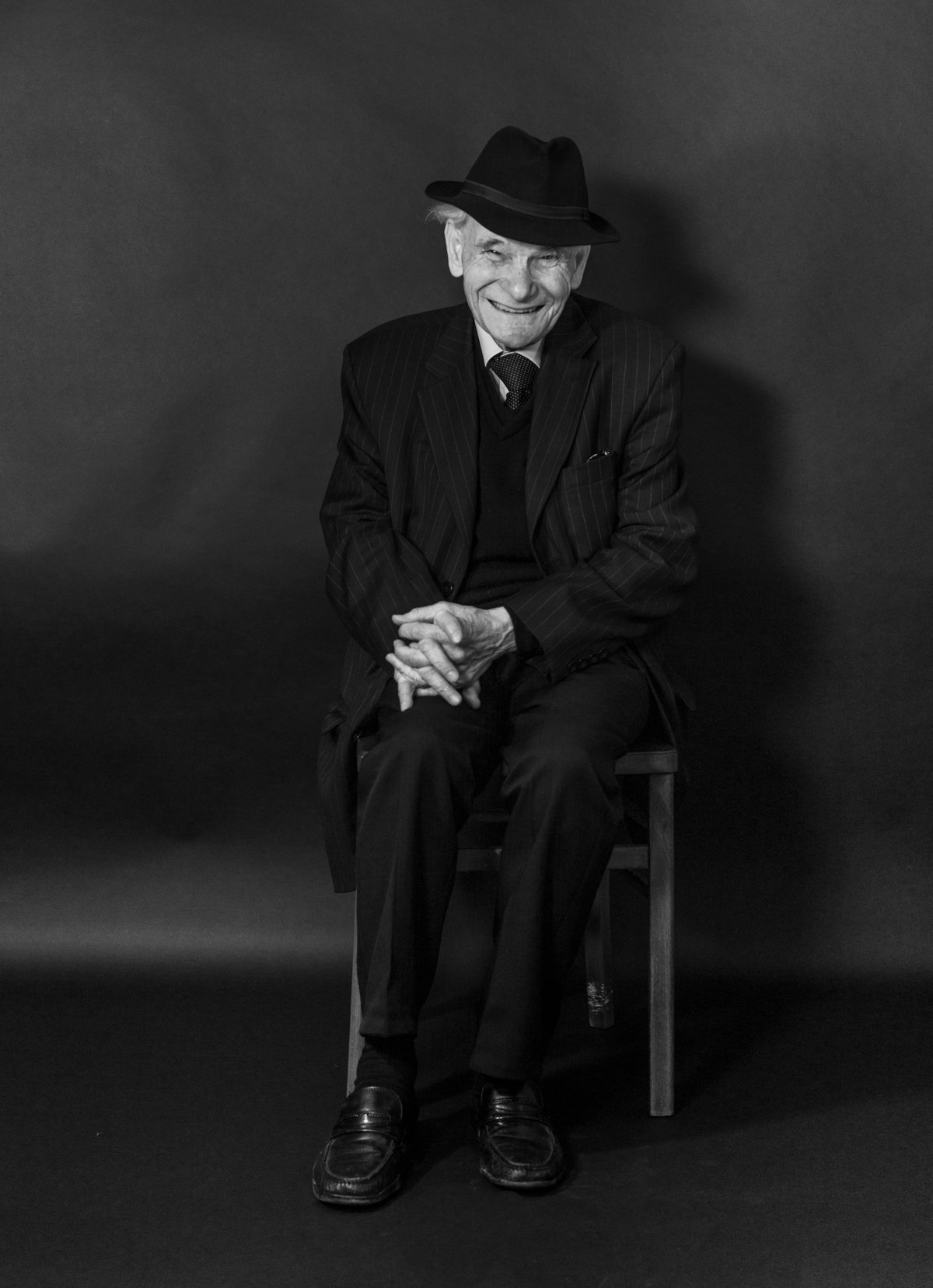 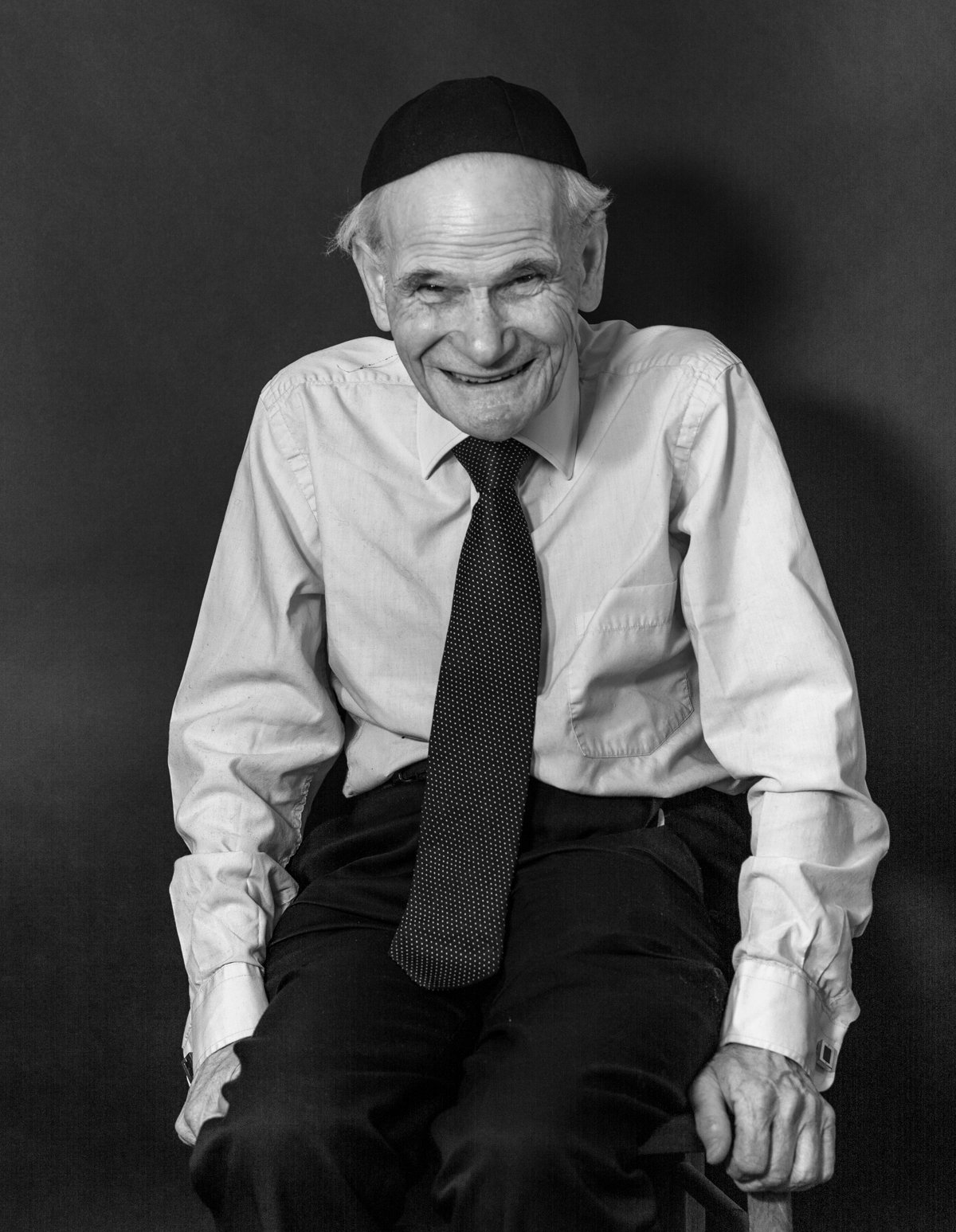