Manuela Koska accompanied Rabbi Wolff with her camera over the course of many years. What emerged during this journey is an insighful pictorial reportage that deals with universal truths and the Jewsih identity in contemporary Germany accompanied by letters from a wise, open-minded Rabbi with charisma and a unique charm and texts from a young Jew who was born one month after the German re-unification as well as portraits of members of the Jewish community of Schwerin which speak for themselves.

“… a moving photo essay about the Rabbi and his congregation, an attempt to answer the question of what it means to be a Jew in contemporary Germany” Die Welt (The World magazine)

„… documentation with a high level of photographic quality, a subject of enormous significance, a lively Jewish culture in Mecklenburg-West Pomerania and possibly an example of Jewish life in Germany as a whole.” Prof. Dr. Norbert Lammert, President of the German Parliament

„The photographies are very personal and even lovely. One remarks that the people and their stories are important to the photographer. She listens to the stories and captures them. The book offers an insight into the community of Schwerin… “ Jüdische Allgemeine

„A remarkable book. It shows clearly that there is a vivid Jewish Community in Mecklenburg Western Pomerania.” Schabat Schalom/NDR info

“With the reportage Manuela Koska-Jäger succeeded to give a sensitive and multi-layered portrait of the rabbi and his German community .” haGalil

“[a Book about William Wolff], that  gives a good insight into his community, his life and work.” Jüdisches Europa

“…a highly-regarded philanthropist with a very big heart. A wonderful Rabbi who can get his teaching messages across in a unique manner. I think very highly of William Wolff and I´m looking forward to this book. Manuela Koska has been able to give us an insightful look into the life of the Rabbi and his congregation.” Charlotte Knobloch 2006-2010 President of the Central Council of Jews in Germany

“With the unerring view through her camera lens and the impressive texts and letters from Rabbi William Wolff, we are presented in an insightful manner with a wonderful portrayal of the Jewish community in Schwerin, which is far away from the Jewish centres of the country, and is a marvelous testimony to a lively Jewish culture in Mecklenburg West Pomerania. In the person of the wise an full of zest for life Rabbi Wolff, this community has accrued a unifying figure whose influence demands respect and recognition both within and outside of the Jewish community.” Jewish Museum Berlin

„… individual photographs are works of art in themselves and impress with the individuality of the portraits and the directness with which those portrayed look at the photographer and her lens.” Abraham Geiger Kollege Berlin

Published and photographed by Manuela Koska 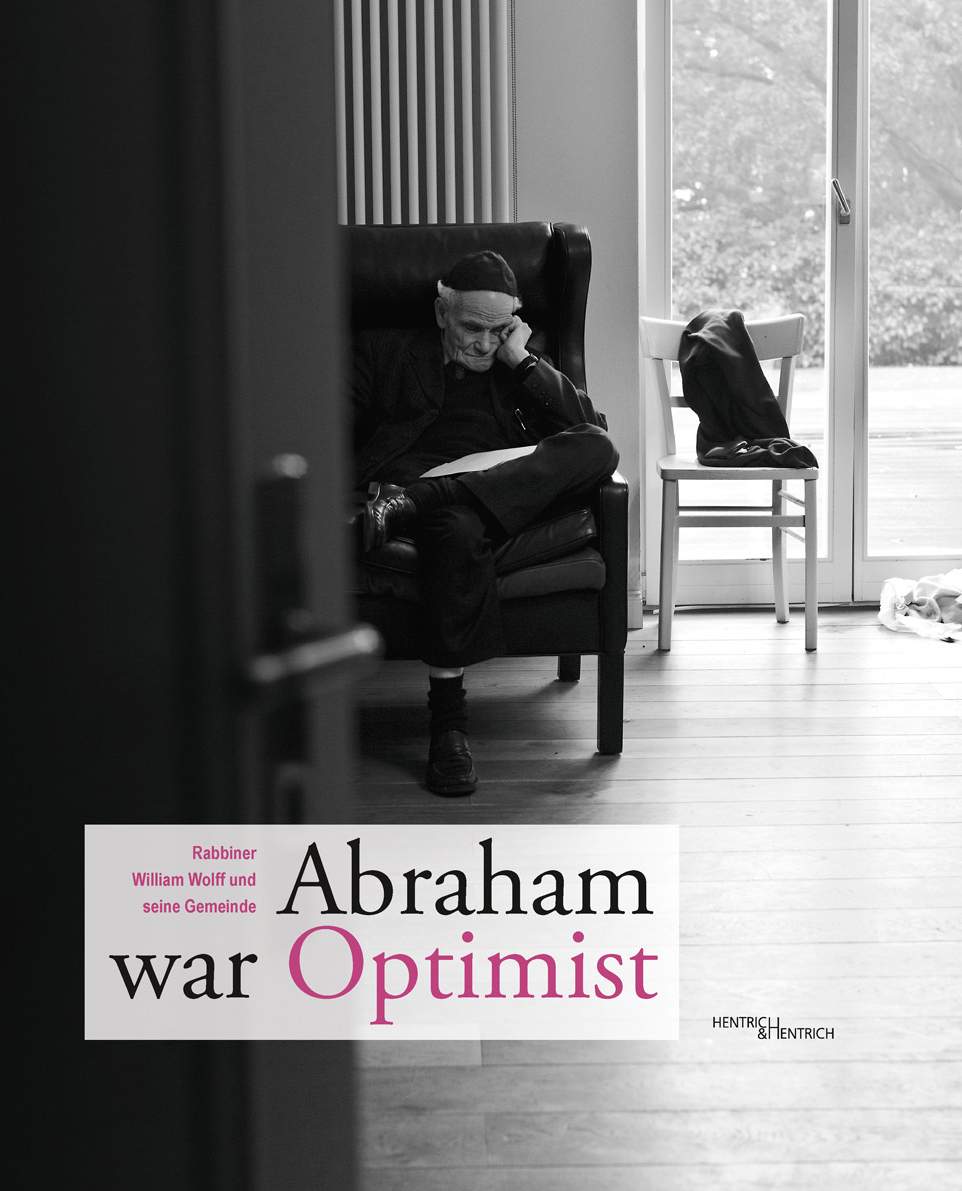 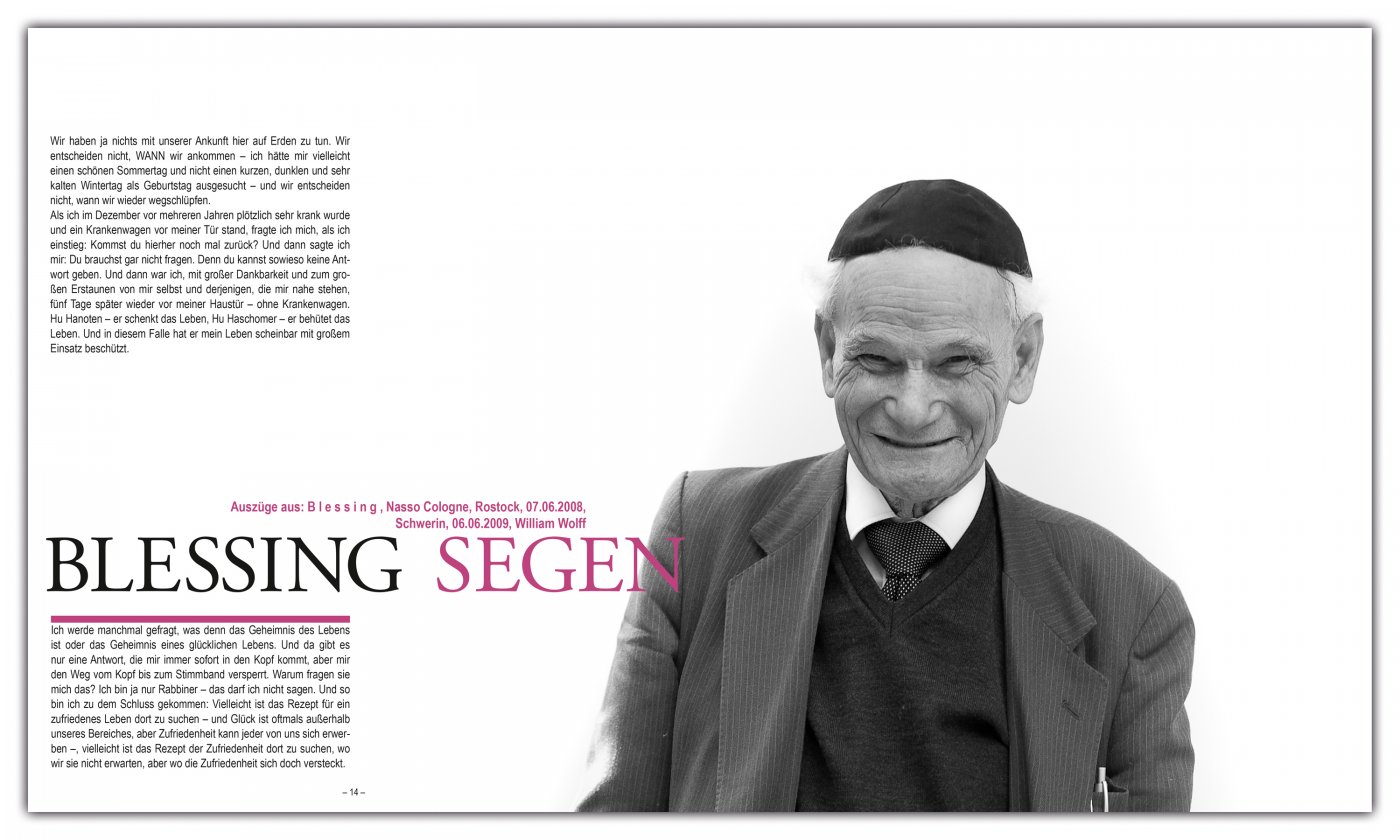 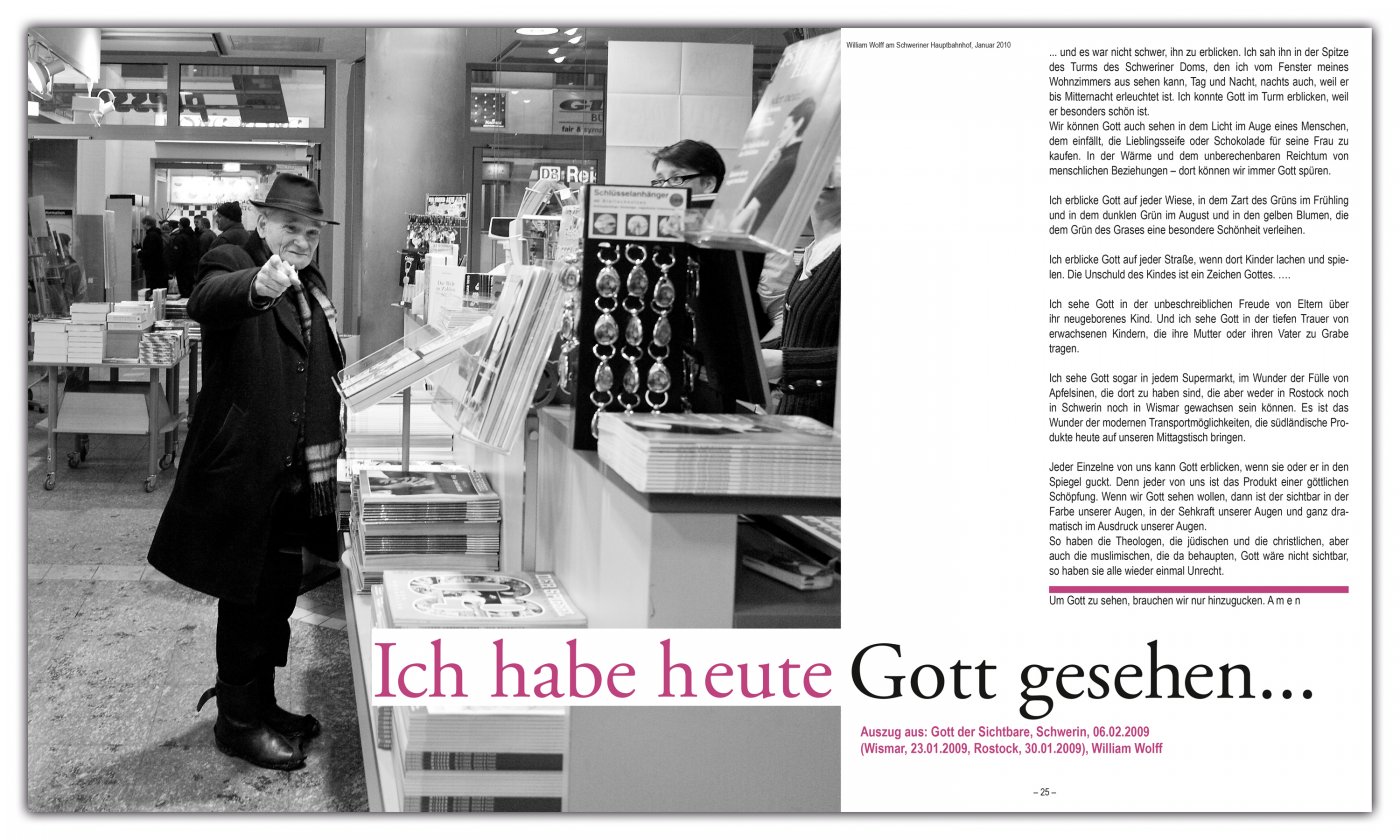 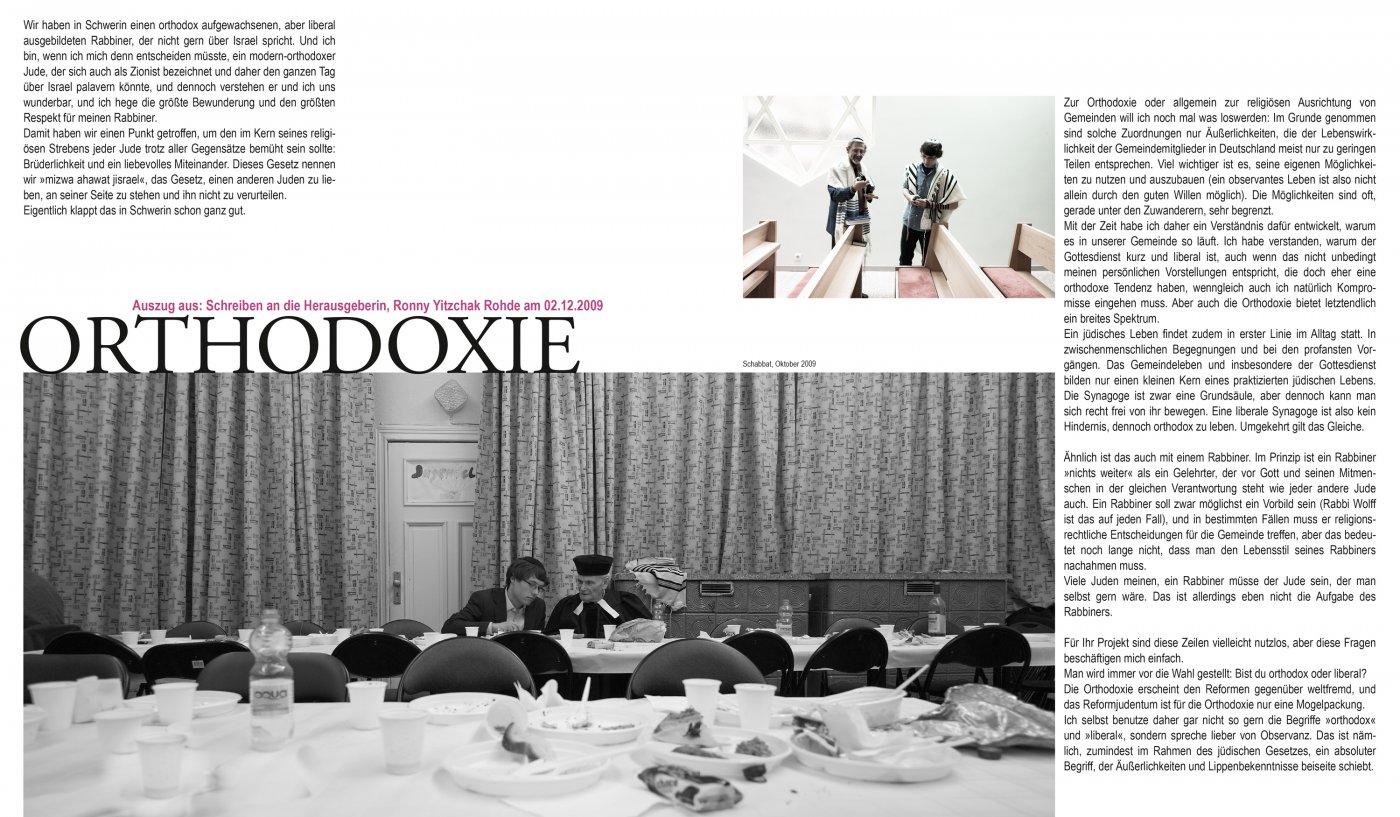